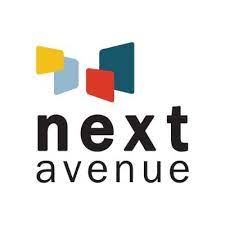 Every once in awhile, while covering the older workers and personal finance beats, I run across a research report that stops me cold. “Hidden Workers: Untapped Talent” fits that bill, revealing the cruel underbelly of hiring. I’d even call it explosive.

The findings of the 74-page “Hidden Workers: Untapped Talent” come from a study jointly piloted by Harvard Business School’s Project on Managing the Future of Work and the consulting firm Accenture. Its researchers estimate that there are more than 27 million “hidden workers” in America — ones who are unemployed, underemployed or working part-time and who are eager to get hired for full-time jobs. The problem is they’re “hidden” from most employers who’d benefit from hiring them.

Job applicants’ resumés are all too often going into an electronic black hole, ghosted by potential employers.

Read on Next Avenue

Hard to believe. isn’t it? After all, employers now gripe they can’t find qualified employees to hire.

“The irony that companies consistently bemoan their inability to find talent while millions remain on the fringes of the workforce led us to seek an explanation,” the study’s researchers wrote. So, they surveyed 8,000 hidden workers and more than 2,250 executives across the U.S., the U.K. and Germany.

One of their primary findings: job applicants’ resumés are all too often going into an electronic black hole, ghosted by potential employers.

This is especially true for job seekers who are 50+ and ones who’ve taken time out of the workforce due to family caregiving responsibilities. Nearly two in 10 employed family caregivers had to quit their jobs due to caregiving commitments, according to the new Rosalynn Carter Institute for Caregivers national survey, “Working While Caring.”

Frequently, a submitted resumé lacks the precise words to match all the job qualifications and responsibilities listed in the posting. Employers’ wish lists ask for everything under the sun and more.

“It’s all about what’s a nice-to-have versus need-to-have,” Harvard’s lead researcher for the study, Joseph Fuller, told me. “The system values those who have the credentials that are marketable now and it discredits — or puts much lower emphasis on — experience.” Fuller’s a professor of management practice at Harvard Business School and co-chair of its Project on Managing the Future of Work.

A whopping 88% of U.S. hidden workers surveyed for the Hidden Workers report said they believe employers’ hiring practices discarded their applications when they could successfully perform the jobs they applied for but didn’t fit the exact criteria in the job descriptions.

I hear this all the time and have experienced the problem myself.

The Problem With Applicant Tracking Systems

Automated-hiring technology known as Applicant Tracking Systems (ATS) are rejecting countless people from job consideration. This software isn’t new, but its use has accelerated in recent years and the technology has been fine-tuned to cull out out the hundreds of applications and resumés employers often receive electronically for a single open position.

According to the Hidden Workers report, more than 90% of employers surveyed use this screening to filter or rank potential candidates.

One thing that causes ATS to spit out applications: gaps in a resumé. That’s a problem for many family caregivers who’ve had to step out of the workforce during the pandemic to assist loved ones.

“Over the last few decades, the rising burden of care — both childcare and eldercare — has led people either to drop out of the workforce altogether or seek parttime work,” the researchers wrote.

Employers, the report showed, are all too aware of what they’re doing here.

Roughly nine out of 10 executives surveyed said they know the software they use stops them from seeing potentially great candidates. According to the study, this practice results in more than 10 million workers from even being asked to interview with a human being.

I asked Ramona Schindelheim, editor-in-chief of WorkingNation, a nonprofit focused on helping Americans get jobs and stay employed, to share her insights about the findings and tell me whether she thinks the way employers hire keeps qualified candidates who are 50+ from getting jobs.

“Employers and hiring managers are missing out on potentially great employees by using AI-driven screening tools,” said Schindelheim. “Take, for example, filters that leave people without college degrees out of the candidate pool. A degree is not the same thing as a skill. Your experience as a problem-solver or a leader isn’t determined by a piece of paper.”

These, she said are qualities you can only “sell” in an interview by sharing examples of how you fixed an issue, came up with a creative solution or encouraged and mentored a team member to realize their potential.

The ‘Price of Doing Business’

“If you don’t even bother to talk to someone who, say, hasn’t worked in the past six months, you might be missing out on all they can bring to the table,” Schindelheim said.

Fuller agreed. “Employers are choosing to live with these automated systems as kind of a price of doing business,” Fuller said. “They acknowledge their process excludes qualified candidates and yet they admit they’re hiring imperfect people.”

Roughly nine out of 10 executives surveyed said they know the software they use stops them from seeing potentially great candidates.

“These are people who want to work and have been out of work for six months or more,” she explained. “There’s already a general bias against older workers. Add in an AI-powered applicant screening tool that excludes anyone who hasn’t worked for six months or longer — that’s an automatic pass.”

Meantime, Fuller said that he believes that older workers applying for jobs “lose track of the fact that in the early stages of evaluation, they’re not writing anything that’s seen by a human being.”

He added: “They’re writing something that is going to be assessed by a not-very-smart AI system that is looking for reasons to winnow down the pile of applicants. “

His advice to older job seekers: If you see a job posting calls for a skill or certain experience and you have it, say so explicitly in your resumé. An applicant wants to very carefully study the job description offered. “Use the exact phrases that the job description lists… Don’t add nuance… Take that phrase from the job posting and plug it exactly into what you say about yourself.”

And if you don’t have a skill the job posting says is required? “Look for an online course, a community college course that offers training,” said Fuller. “Or see if there is a way to get a temporary position through a company like Manpower or Adecco where you might get exposed to it.”

Another source of help: AARP just launched its AARP Skills Builder for Work online platform to help older workers get necessary skills to get hired.

Fuller also had this suggestion: Be open to finding a job adjacent to the last one you had, not necessarily the same or better as what you did.

“I’m not saying don’t be ambitious. But particularly if you’ve been out of the workforce for more than six months — because you wanted to step away from the workplace out of concerns about health and COVID, because you got laid off because of COVID — whatever it is, that’s a very big gap now. And it’s important to set expectations relative to what you’re going to be qualified for.”

Waiting for exactly what you want creates a bigger gap in your employment, Fuller noted. “This is kind of this vicious circle. The longer you were on the sideline, the greater likelihood you’ll stay on the sideline.”

So, maybe employers could hire more of them?

Kerry Hannon is the author of Great Pajama Jobs: Your Complete Guide to Working From Home. She has covered personal finance, retirement and careers for The New York Times, Forbes, Money, U.S. News & World Report and USA Today, among others. She is the author of more than a dozen books including Never Too Old to Get Rich: The Entrepreneur’s Guide to Starting a Business Mid-Life, Money Confidence: Really Smart Financial Moves for Newly Single Women and What’s Next? Finding Your Passion and Your Dream Job in Your Forties, Fifties and Beyond. Her website is kerryhannon.com. Follow her on Twitter @kerryhannon. Read More

Check out my special talk with Laurence Kotlikoff on Economics Matters