You are here: Home / kerry 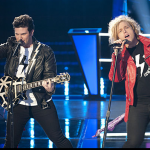 As I was reading the Smithsonian.com’s Innovations blog about smart watches, I stopped cold when I came to this passage about the the newest, new, new thing, the Pebble. “Even more impressive, though, is how Allerta, the company behind it, has used “crowd-funding” to go viral and, in the process, raise way, way more cash […]

END_OF_DOCUMENT_TOKEN_TO_BE_REPLACED 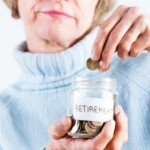 NextAvenue.Org: When It Comes to Money, the Deck Is Stacked Against Women

This is truly stunning. I know several married, professional women who are my age — in their early 50s — and don’t have a bank account, credit card or utility account in their own name. Big mistake. I’m also keenly aware of a rising number of single women over 50 who pay a steep mortgage […]

END_OF_DOCUMENT_TOKEN_TO_BE_REPLACED 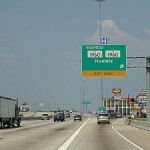 It’s been a busy spring for surveys about boomers and retiring. Here’s the gist of it. Employers say they really value older workers…really they do. Workers say they plan to work longer than the traditional retirement age for lots of reasons from needing the money to mental engagement. But the truthiness of it all is […]

END_OF_DOCUMENT_TOKEN_TO_BE_REPLACED 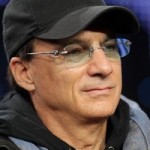 Jimmy Iovine knows how to redeploy. The 59-year-old legendary engineer and record producer’s story is remarkable on many levels, but for you….a boomer eyeing a second career, there’s an important lesson here. Iovine was featured in the April 12th issue of Rolling Stone in a terrific profile written by David Fricke. I read the story […]

END_OF_DOCUMENT_TOKEN_TO_BE_REPLACED 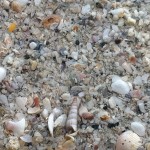 Second Verse Blog on Forbes.com – Second Verse Blog Read Published Article I’m sitting looking out on the white soft sand of Crescent Beach in Siesta Key and savoring some career changing lessons. Mom, who is 82, and I traveled here to spend a week at a place she and Dad came for years. They […]

END_OF_DOCUMENT_TOKEN_TO_BE_REPLACED 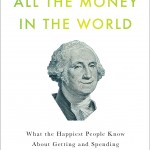 USA Today Review: ALL THE MONEY CAN HELP YOU COME TO TERMS WITH FINANCE

“You Have More Money Than You Think” — the title of the introduction sets the tone for this upbeat and money-wise book, All the Money in the World, by author Laura Vanderkam. Vanderkam writes about finding inner peace with your finances, looking at money as a tool to bring joy to your life. Not so […]

END_OF_DOCUMENT_TOKEN_TO_BE_REPLACED 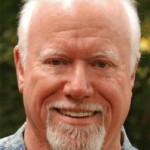 SecondAct.Com: Look For Clues To The Perfect Work and Personality Fit

Nicholas Lore is a bit of a renaissance man. In his younger days, he was a denizen of Greenwich Village, soaking up the sixties with his boarding school roommate John Sebastian, founder of folk-rock band The Lovin’ Spoonful. He studied psychology, Eastern philosophy, anthropology and literature. Lore later worked as a CEO, an entrepreneur, a […]

END_OF_DOCUMENT_TOKEN_TO_BE_REPLACED

AARP Inside E Street: Strategies to Find Your Encore Career

Kerry shares a checklist of how to prepare for an encore career.

END_OF_DOCUMENT_TOKEN_TO_BE_REPLACED

The Trouble With Alzheimer’s Care: One Family’s Story

Dad was taken away for a psychiatric evaluation, and our family lost control By KERRY HANNON We lost him a little at a time. In 2000, my Dad, then 80, was diagnosed with Alzheimer’s disease, and it began: He moved off ever so slowly, calling back at us as he went, trying to keep us […]

END_OF_DOCUMENT_TOKEN_TO_BE_REPLACED

Alzheimer’s Care: How Copper Ridge Nursing Home Gets It Right

By KERRY HANNON March 11, 2009 There’s a sense of calm when you enter Copper Ridge, a residential assisted living and nursing home facility that specializes in caring for Alzheimer’s patients in Sykesville, Md., near Baltimore. Natural light streams through the windows, and the aroma of baking bread and strains of piano music float through […]