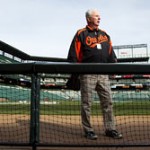 Read Published Article From national parks to ballparks to amusement parks, seasonal hiring is heating up at a whole host of summer vacation playgrounds. For many retirees, this is the perfect time to scoop up short-term work that lasts anywhere from a few weeks to a few months. Ask Rich Bartkowski, 67, of Perry Hall, […]

END_OF_DOCUMENT_TOKEN_TO_BE_REPLACED

Read published article   Blogging, coaching or teaching provide opportunities for income with flexible schedules Just recently, relatively few retirees took on part-time jobs. Today, the majority of retirees are working as a way to stay engaged, support a lifestyle or both. For Jose and Jill Ferrer, ages 61 and 56, respectively, it’s the whole […]

END_OF_DOCUMENT_TOKEN_TO_BE_REPLACED

Read Published Article   Heading south for the winter? Unique employment opportunities await. Snowbirds are on the move. Biting cold in the North has sparked the annual migration of retirees and semi-retirees south for the winter. In parts of Florida and Arizona, especially, populations swell as warm-weather seekers make the seasonal shift. While climate […]

END_OF_DOCUMENT_TOKEN_TO_BE_REPLACED

>Returning to work is an economic necessity for some retirees and a personal choice for others. Either way, the prospect of long commutes and annoying co-workers can be daunting. A good compromise might be to find a work-at-home job. That’s what Jackie Booley did. In 2007, she retired from her position as an AT&T call […]

END_OF_DOCUMENT_TOKEN_TO_BE_REPLACED

6 STEPS TO LANDING A HOLIDAY JOB

Read Published Article  ‘Tis the season for retirees to earn a little extra money on the side. Here’s how. Getting hired during the holiday season can be easier than finding work at other times of the year. That’s a big boost to retirees who are interested in earning some extra cash and staying active without committing to […]

END_OF_DOCUMENT_TOKEN_TO_BE_REPLACED

How Much Do You Need to Retire? By Kerry Hannon Read Published Article Jeffrey Jacobi, a Katy, Texas, air conditioning contractor, plans to retire soon. Or he did. He’s not so sure now, given the current economic crisis. The 66-year-old has been steadily socking away enough savings to let him and his wife enjoy the equivalent […]