“Ghosting” Jobs On the Rise 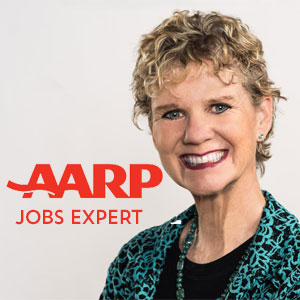 Is the practice of giving two-weeks’ notice before leaving a job history? In a recent report about employment trends, the Federal Reserve Bank of Chicago revealed that several businesses in its region said “that they had been ‘ghosted,’ a situation in which an employee stops coming to work without notice and then is impossible to contact.”

The report is evidence of a phenomenon some recruiting and employment experts also have started to notice. Ghosting, as the practice is called, so far appears to be limited to younger workers, with the possible exception of older workers in high-demand sales jobs. But the difference in attitudes about acceptable ways to leave a job could be a positive for older workers, who know that fewer burned bridges might lead to more career opportunities down the road.

“I have not seen a whole lot of ghosting with the older crowd,” says Jeff Lipschultz, founder of staffing and recruiting firm A-List Solutions. “They’re a bit more traditional and view their career as a journey and not individual work experiences.”

One exception for older workers: “I’ve seen ghosting with sales candidates during the recruiting process. They tend to be overloaded with opportunities and don’t stay on top of the details all the time like getting back to recruiters they’ve already spoken to,” Lipschultz says.

Indeed, the abundance of opportunities created by the low-unemployment rate is one reason why some younger employees are quitting without giving notice. According to that Federal Reserve Bank report, many employers have “been constrained … by an inability to attract and retain qualified workers.” That means that some companies are making job offers that candidates find too good to delay.

Another theory: Younger workers, who have mastered the ghosting technique from dating apps, don’t blink an eye at cutting a tie without explanation, and don’t look back.

“I think this phenomenon will grow,” Lipschultz says. “Many younger workers view work as a contract or temporary thing; moving on is ‘no big deal’ and doesn’t require linking one job to the next.”

“Many younger workers view work as a contract or temporary thing; moving on is ‘no big deal’ and doesn’t require linking one job to the next.”

For older workers, however, networks and professional courtesy could be especially important.

“Even if they can’t wait to get out the door, smart professionals invest time in leaving gracefully because they know that the job market is likely to be tougher in the future as they grow older,” says Beverly Jones, an executive career coach and author of Think Like an Entrepreneur, Act Like a CEO. “The people you worked with on this job may be among those you call upon when you’re looking for a job or client down the road.”

Another reason to avoid the temptation to slip away without notice is that “walking out, or no-showing, will probably get you labeled by the employer as ‘ineligible for rehire,’ ” Ballman says. “When clients have lost their jobs, I often tell them to apply to former employers. If you left with a good relationship, many times they want you back.”

“walking out, or no-showing, will probably get you labeled by the employer as ‘ineligible for rehire,’ ” Ballman says. “When clients have lost their jobs, I often tell them to apply to former employers. If you left with a good relationship, many times they want you back.”

Think of when someone checks references, says Susan P. Joyce, an online job search expert and publisher of Job-Hunt.org. “Unless the person leaves that job completely off their resume or LinkedIn profile, the former employer will be contacted,” she says. “Ghosting absolutely reflects very poorly.”

Besides, if a current or recent job is left off a resume or application, “the job seeker will need to explain their ‘employment gap,’ ” Joyce says.

Linda Tuerk, a recruiter based in Portland, Ore., agrees. “References do matter. Cutting out completely without a valid reason is not going to do you any favors in the future,” she says. “It’s rude at any age.”

by
Kerry Hannon, AARP jobs expert, is the author of Great Jobs for Everyone 50+: Finding Work That Keeps You Happy and Healthy … and Pays the Bills; Getting the Job You Want After 50 for Dummies; Love Your Job; and What’s Next? Finding Your Passion and Your Dream Job in Your Forties, Fifties, and Beyond. Follow her on Twitter @kerryhannon.

Give back in retirement using your skills

The Second Act Show with Get Set Up’s Lawrence Kosick

Social Security COLA bump may not be as big as expected

Unretiring? You might face the Social Security earnings test