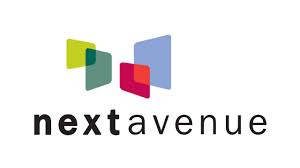 Busting the Myths About Work in Retirement

posted by Richard Eisenberg, June 5, 2014 More by this author

The once-antithetical notion of working in retirement has become the new reality; Next Avenue blogger Chris Farrell calls it Unretirement. Now, a new Merrill Lynch study that surveyed 1,856 working retirees — Work in Retirement: Myths and Motivations — shows why people are doing it.

Merrill Lynch was. “This work and retirement study blew us away,” says David Tyrie, head of Retirement & Personal Wealth Solutions for Bank of America Merrill Lynch.

Turns out, retirees who workpart-time (in what the report calls Retirement FlexCareers) aren’t doing it for the money — well not mostly for the money for most of them, according to the survey, conducted in partnership with the AgeWave consulting firm.

(MORE: Partial Retirement Is On the Rise)

Why People Work In Retirement

The No. 1 reason they’re working, the survey said, is “to stay mentally active.” Money was No. 4, after “to stay physically active,” “social connections” and “sense of identity/self worth.”

The importance of money, however, depended on which of the four camps the working retirees fell into:

Caring Contributors (33 percent) — Primarily women, they work to give back to their communities or to worthwhile causes, often at nonprofits and sometimes as unpaid volunteers. Many are in encore careers.

Earnest Earners (28 percent) — They need the income to pay the bills and are mostly unsatisfied with the work they’re doing.

Driven Achievers (15 percent) — Mostly men, they’re Type A’s who feel at the top of their game; many are entrepreneurs.

Three in five of the working retirees said retirement gave them an opportunity to “transition to something new,” said Tyrie. Many are working for themselves and only 14 percent of them said it was because they couldn’t find any other work.

“One of the amazing surprises in the survey,” says Ken Dychtwald, President and CEO of AgeWave, “is that people in their retirement careers are three times more likely to beentrepreneurs and small-business builders than young people.” Some 32 percent of the working retirees surveyed are self-employed, compared with 11 percent of respondents who aren’t retired.

Nearly three quarters of the pre-retirees age 50 and older surveyed (72 percent) said their “ideal retirement” includes work in some capacity.

Not Everyone Can Work In Retirement

But whether they’ll actually be able and healthy enough to land jobs or start businesses is another question. In the latest annual Employee Benefits Research Institute retirement confidence survey, just 27 percent of retirees are working. (In the Merrill Lynch survey, 16 percent of retirees work, 19 percent worked earlier in retirement and 12 percent plan to work.)

As Next Avenue money and work blogger Kerry Hannon (author of Great Jobs for Everyone 50+) told me: “In a survey, workers will say one thing as they gaze down the road, but in the stark reality, it’s another thing altogether.”

4 Phases of the ‘Retirement Workscape’

Another surprise from the survey: the “retirement workscape,” as the report dubs it, is a series of four phases:

Phase 1: Pre-Retirement — the five years (on average) before leaving full-time work. These are the years when Next Avenue work and volunteering blogger Nancy Collamer says you should be “actively exploring ways you might be able to leverage your skills in a more lifestyle-friendly way, as a freelancer, temp, consultant or entrepreneur.”

Phase 2: Career Intermission — It’s the first 2 ½ years of retirement, on average, when retirees take a temporary break from working. “Intermission is a good term,” says Tyrie. “It’s a time when you can stretch your legs and rejuvenate before going back in.”

Phase 3: Reengagement — This period lasts for next nine years or so, when retirees who are typically in their late 60s and early 70s work part-time.

Phase 4: Leisure — These are the work-free years. “Most people don’t want to work to their last breath,” says Dychtwald.

Concern About a Career Intermission

Hannon and I, however, offer caution about that Career Intermission, which 52 percent of the working retirees said they took.

While it sounds enticing to take time to “relax, recharge and retool,” as Merrill Lynch and Age Wave call this period, once you’ve stopped working, some employers won’t consider you. And the longer you’re out of the workforce, the harder it gets.

As Dychtwald says: “Trying to get a job can take twice as long if you’re over 55 as if you’re younger.”

(MORE: Does ‘Out of Work’ Mean Damaged Goods?)

To make yourself the strongest candidate, the working retirees surveyed recommended keeping your skills up to date; 44 percent who’d taken a break when they first retired said their biggest challenge re-entering the workforce was that their skills had slipped.

This is one reason some people in their 50s and 60s start their own businesses or become consultants.

How to Prepare for a Working Retirement

If you’re nearing retirement, Tyrie and Dychtwald say, use that time to expand your business network, take classes, volunteer or — if you can — work part-time in a field related to the one you want to be in. Also, they say, talk with working retirees to see how they’ve done it.

Collamer believes this is all good advice but adds that “it’s also important to make time for introspection and reflection about what you love, what you do best and what you find most meaningful in life and work.”

Then, she says, “you’ll make decisions based on a lifetime of data, as opposed to ones made in reaction to your most recent life and work experiences.”

She also seconds the Merrill Lynch/Age Wave advice to talk with your employer before you retire to explore opportunities for continued work there on a more flexible basis.

Says Collamer: “Don’t assume your employer doesn’t have anything. You might be pleasantly surprised. A part-time gig with your current employer might serve as a bridge to your next act.”

The Benefits of Working in Retirement

Hannon is a big believer that working in retirement (if you can) keeps you alive intellectually, financially and spiritually. Another plus: 83 percent of the working retirees said it makes them feel “more youthful.”

Don’t worry if the first type of work you do in retirement isn’t a perfect match. “You might have a couple of new careers moving forward,” says Hannon. “I see it as weaving a quilt of jobs that pay, have meaning and make you feel connected and alive.”