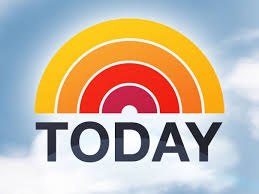 If you’re a woman looking forward to retiring after years in the workforce, brace yourself. You may have less company than you expect.

“I think the women are going to be the leaders in this,” said Ken Dychtwald, founder and chief executive of Age Wave, a company focused on the aging population.

The shift comes amid a broader trend toward continuing to work in what have been considered retirement years. Some of that is due to financial need — and certainly that is true for women, what with the pay gap and women’s typically smaller retirement savings. But work later in life is also, in many cases, at least partly viewed as desirable.

A recent study by Merrill Lynch Global Wealth Management and Age Wave found that among respondents age 50 and above who are in “retirement,” 47 percent either plan to work, are already working in retirement, or have already done so. Some 73 percent of workers in that age group who are not retired expect to work at least part time in “retirement.”

When asked about their reasons for working, retirees in the survey were more likely to cite social connections, mental stimulation, and the chance to stay mentally and physically active as top reasons to work. Less than a third — 31 percent — of the respondents cited money as a top reason.

“People are beginning to realize that they may have a longevity bonus. They might live to 80 or 90. Then people are saying, ‘Well, do I want to spend not five or six years but 20 or 25 or 30 years not working at all?'” said Dychtwald.

It’s not as if the retirement years are all that golden for many people. According to Nielsen data, TV viewers over age 65 in the fourth quarter of 2013 spent more than 50 hours per week in front of the little screen.

But the presence of women in the older workforce is relatively new, and experts say it represents something else: Boomer women, once again, are different.

“It was the massive numbers of boomer women that really have made the changes” in the workplace over the past several decades, Dychtman said. Now, as they reach traditional retirement age, “not only do they have some history and some practice causing institutions to respect and change their policies for them, but they are also more skilled at this shifting.”

Boomer women also have timing issues that affect their retirement choices. For one thing, many in this generation of women backed away from big careers for a time to take care of children. Now, as their partners get ready to dial back, these women are ready to take the reins again, according to Kerry Hannon, author of “Great Jobs for Everyone 50+: Finding Work That Keeps You Happy and Healthy … And Pays the Bills” and a career and retirement expert.

“I do think that women get this resurgence because they’ve been out of the workforce and it’s really their time to come back in,” she said.

A demographic shift may also be playing a role, according to April Wu, a research economist at Boston College’s Center for Retirement Research. In 1900, husbands were 4.5 years older than their wives, on average, and that gap has been gradually narrowing. This may be affecting women’s retirement rates, she explained, since spouses tend to retire within a year of each other.

Whatever the reason, the feminization of the older workforce has important implications for the shape of workplaces.

“We’re going to see a shift in the face of some industries,” said Hannon.

She expects many older women to work in health care — not just in nursing or direct caregiving, but also areas like physical therapy, occupational therapy and patient advocacy.

The nonprofit world also tends to be receptive to women, Hannon said.

The world of financial advisers could also see a change. Women are likely to manage a large portion of the$59 trillion in wealth expected to be transferred to heirs, charities and taxes in the coming decades, but a Fidelity survey found that men are 58 percent more likely to be the primary contact when a couple uses a financial adviser. On top of that, one study found that 70 percent of recently widowed women leave their financial adviser within a year of losing their partner.

Plenty of women will chart other paths, as well, Hannon said. While many employers choosing between a young worker and an older, seasoned job hunter will opt for the less expensive, more energetic candidate, “employers do still want employees that don’t wear hoodies,” she said. And there will also be plenty of women working for themselves.

Hannon knows what she speaks of when it comes to boomer women in the workforce. She is a part of the tail end of that generation, and she is still going full tilt.