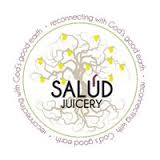 In the beginning, Ginny Corbett says, she just wanted to help people heal.

While working as a licensed psychotherapist, it puzzled her that many of her clients relied on pills to battle depression and anxiety, doing nothing to change their lifestyles. “They weren’t thinking about what they were eating, or exercise,” she says. “They were just popping a prescribed pill every day.”

Three years ago, Corbett, then 49, began attending nutrition seminars to learn more about how better eating habits might affect “state of mind and emotional health,” she says.

A mother of three, Corbett had become a therapist after relocating to support a career move for her husband, a petroleum geologist and part-time pastor. But she had an entrepreneurial track record, having previously run an eclectic series of small businesses, from a maid service to an interior-design firm. And she had noticed the growth of diet- and detox-oriented juice shops elsewhere in the U.S.

So after chatting with a smoothie-loving friend, Corbett paid $1,200 for a small industrial juicer; the duo spent several days in her kitchen testing recipes. In October 2013, they opened a fresh cold-press juice joint, Salúd Juicery, on the main drag of Sewickley, Pa.—the upscale Pittsburgh suburb where Corbett’s (now part-time) therapy practice is based.

One key change from therapy: At the shop, client contact is someone else’s job. “I enjoy the customers, but if I’m at the store too much, I’m not doing my job—making sure we have the product and dealing with food costs and payroll,” which take up 66% of her budget, says Corbett, who bought out her partner last fall. Prices for Salúd’s juices and smoothies range from $4 to $9; the shop also sells muesli and acai berry bowls, and other treats.

The juicery was one of the first in the Pittsburgh area, and sales took off quickly. After the first shop hit capacity, Corbett opened a second space. Projected revenue for the two locations this year: $600,000.

Launch Cost: $90,000
Corbett tapped savings but not retirement funds for the initial investment, which went to fix up the 1,200-square-foot space and buy inventory and supplies. The biggest outlay: $30,000 on equipment. Opening the second location cost around $120,000.

Months Until Profit: Six
The juicery’s customers arrived quickly; soon more than 100 customers a day were shelling out an average of $9 apiece on their purchases, pushing the store into the black. Corbett moved quickly to open her second location across town.

Expected Pay Bump: 2x
Corbett currently pays herself a salary of $20,000—reinvesting the rest of the profits—but plans to double her Salúd pay in 2016. She boosts her income with an additional $18,000 a year from the scaled-back therapy practice. Her family doesn’t rely on her pay for the mortgage or her kids’ college bills.

Why You Need To Plan For a Longer Career

Tune in to The Global Impact Conference- December 1