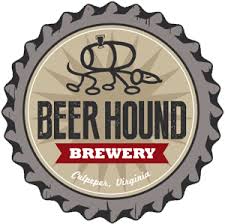 Until 2008, Kenny Thacker had spent his career working in construction around the tiny town of Stanardsville, Va. But when the homebuilding business came crashing down that year, he found himself without a job.

After two frustrating years looking for a new one, he decided to build something other than homes—his own beermaking business.

An idea had been brewing in the ale aficionado’s mind for a while, thanks to a favorite sitcom. “Ever since I watched The Drew Carey Show and they were making Buzz Beer, I thought, ‘I could do that,’ ” he says.

So, in 2010, Thacker, now 43, and his wife, Leslie, tapped $45,000 of home equity to buy a local supply shop for home-brewing hobbyists. Immediately he began trying out recipes. By 2012 he had grown confident in his brewing, and, with a $25,000 loan from his dad, opened the Beer Hound Brewery behind the shop. Despite a small following, though, Thacker found it tough to turn a profit due to the rural location.

Then one of Thacker’s customers had an idea to save the brewery. Frank Becker, 33, a general manager of a casual-dining franchise group, suggested they team up with his pal, Rick Cash, 56, who’d retired from management at Philip Morris and was looking for a new venture. Together they could reopen Beer Hound in another locale. Cash had capital; Becker had sales and operations expertise; Thacker could be master brewer. He leaped.

After spending a year honing a business plan, the trio leased space in historic Culpeper, a growing tourist town. The new Beer Hound Brewery opened last fall, with 10 of Thacker’s beers on tap. The kegs were empty in 36 hours. Revenues are now on pace to top $500,000 in 2015.

While closing his first businesses was tough, Thacker says “the venture was an amazing education.” The lesson? Sometimes three heads are better than one: “I realized there was no way I could brew the best beer, market it, pay the bills, and plan future stuff all by myself.”

6 years: Time Before He Took a Full Salary. The thrifty Thackers and their kids, now 12 and 15, mostly lived off savings and Leslie’s $60,000 pay. (She works as a clerk for a school district and edits a medical journal.) With the new location and influx of capital, he now earns $50,000.

$100,000: What It Took to Launch Version 2.0. The initial cash came from Cash, but he, Becker, and Thacker agreed to share ownership. Thacker and his wife together hold the majority of the shares (45%), although he didn’t put any of his own money on the line in this iteration.

30%: Estimated Annual Sales Growth. The trio expects revenues to jump to $780,000 next year and $1.2 million in 2017. But the business plan does not call for a profit until 2018, as the group will be spending to expand brewing capacity and hopes to sign with a local distributor to service area restaurants and grocery stores.

Give back in retirement using your skills

The Second Act Show with Get Set Up’s Lawrence Kosick

Social Security COLA bump may not be as big as expected

Unretiring? You might face the Social Security earnings test