Kerry’s Expert Advice: How to Deal With a Much Younger Boss 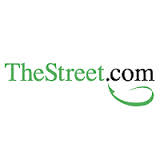 With many Americans working well into their later years due to the economic downturn, it’s not uncommon for older workers to report to much younger managers. Answering to someone who is half your age isn’t always easy, though, and can create feelings of tension in the workplace.

Leave your attitude at the door

It’s natural to feel annoyed when someone younger than you is calling the shots, but it’s best to resist the urge to roll your eyes when your boss gives you an order.

“Get over your entitlement attitude and soak up the energy and enthusiasm a younger boss can bring to the workplace,” says Hannon.

While your expertise in your field is no doubt impressive, it’s never a good idea to act like you know more than your boss — even if you do.

“You have knowledge and networks built over many decades, but you have to pause and strategize to find ways you can share this with your boss without coming across as bossy yourself or condescending,” says Hannon.

READ STORY ON THE STREET

No matter how old you are, you can impress your boss by keeping your skills sharp and keeping abreast of industry trends.

“Stay up to date with any software certifications needed for your field and be comfortable with social media,” says Hannon. “Volunteer or sign up for retraining opportunities that your employer might offer, even if they don’t come to you first.”

It’s also a good idea to enroll in online courses or weekend workshops that can improve your performance in some way. If money is an issue, your company’s tuition reimbursement program may cover the cost if the class is related to your current job.

“Your age will be immaterial if your skills are sharp and your attention is on the future needs of the firm,” says Hannon.

Be prepared for less face time

Although older workers may be accustomed to communicating with their colleagues either in-person or on the phone, younger bosses often choose to communicate through less personal means.

“Chances are a younger boss will want to converse with you via text message, instant messenger or emails rather than with face-to-face chats or the phone,” says Hannon.

Younger bosses may also be more likely to embrace telecommunicating and may value productivity over desk time. “Your well-honed work ethic of being an early bird at your desk might not impress,” says Hannon.

Even meetings may be conducted via teleconferences and webinars rather than in-person. “Get acquainted with Web-based applications like GoToMeeting, Cisco WebEx, Join.me, TeamViewer or Google+,” says Hannon.

While it might be tempting to tell your younger boss that your career has spanned 40 years or point out how much he or she reminds you of your own child, it’s a good idea to avoid making age-centric comments.

“Why would you even want to create that kind of mental image that you are decades older?” says Hannon. “It can only backfire, even if it is subliminal.”

It’s also a bad idea to go around the office complaining about all the medication you’ve been taking and how much your back is hurting. Instead, keep these types of comments to yourself and try to project an image that you are energetic and up for the job.

“No one of any age actually wants to hear that kind of griping — it’s negative energy,” says Hannon.

Learn from your boss

Although you might not always agree with your boss’s approach to management, there can be definite advantages to working for someone from a younger generation.

“Younger individuals are collaborative and open to feedback, change and new ideas, and are often a source of relevant, up-to-date industry information,” says Tom Gimbel, president & CEO of LaSalle Network, a Chicago-based staffing and recruiting firm.

Don’t be afraid to ask your boss for assistance in an area they might be well-versed in, such as social media.

“For one reason or another, older people have a problem asking someone younger than them for help,” says Gimbel. “Put the pride aside and ask—it will make the employee and manager’s life easier.”

–Written by Kristin Colella for MainStreet