PBS, Next Avenue: Where Single Women Might Want to Retire 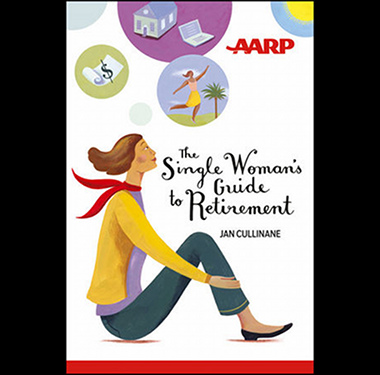 “These days, there’s a place for everyone,” retirement consultant Jan Cullinane writes in her new book, The Single Woman’s Guide to Retirement. She’s referring to retirement communities and housing that appeal to people — women in particular — based on their backgrounds, interests or sexual preferences.
For example, when I retire, I might consider an equestrian community. Horses and riding are my passion. They aren’t my spouse’s, but perhaps I’ll be single when I get to that stage of my life. In her book, Cullinane mentions one for the horsey set in Ocala, Fla., where homes begin at $400,000. Seems a little pricey, but who knows?

‘Living With a Twist’ Locales

Cullinane’s book has a fascinating section called “Living With A Twist” that describes all types of intriguing ways and places for single women to live in retirement. Ever thought about retiring in a home nestled in a vineyard community? Or living alongside other former letter carriers or astronomers? It’s possible, Cullinane says.

(MORE: The Ideal Places to Grow Older in America)

And if you can’t find a place for people like you, she says, go to the Fellowship for Intentional Community website to learn how to start a community geared to your ideas or interests.

As I wrote in an earlier Next Avenue post, “Should Women Buy or Rent a Home?,” purchasing a house or a condo solo in retirement can be intimidating. But if you’re moving to a place where the fit will be just right, this step will probably be less scary.

Fascinated by Cullinane’s tips for single women interested in “living with a twist” in retirement, I called her to learn more. (Most of the single women she spoke with for the book wanted to maintain their privacy, so she often used their first names or middle names and last initials, which she did in our interview.)

Kerry Hannon: Why is housing such a dilemma for single women in retirement and how can living with a twist address these issues?

Jan Cullinane: When you look at the advertising for retirement communities, much of it is targeted to couples — couples walking on the beach, couples dining with other couples, people traveling in pairs. It can be difficult to ferret out good places to live if you’re a single woman.

But communities or lifestyles that have a certain focus can be great for single women in retirement because they pretty much guarantee the element of social support.

KH: Can you tell me about homesharing?

JC: More than half a million single women are homesharing: finding roommates to save money, to have company and to pool resources. For instance, I know two sisters who have shared a residence in Palm Coast, Fla., for the last seven years. They moved in together after their spouses passed away.

AARP found that almost half of mature women are willing to consider having a non-romantic roommate in retirement.

JC: Barbara Traynor has had an inventive approach. She has moved around from one volunteer opportunity to the next in Florida, Alaska, Arkansas and New Mexico and her food, lodging and sometimes even a stipend were included.

(MORE: How to Use Your Home to Stay at Home)

She enjoys the camaraderie of like-minded volunteers and living this way has really stretched her retirement income. Between her volunteer stints, she has stayed in her son and-daughter-in-law’s home in a one-bedroom apartment with a separate entrance.

KH: What about lesbian retirement communities?

JC: They make residents feel more welcome and may offer social support and services as they age. The Resort on Carefree Boulevard in Fort Myers, Fla., is a thriving, all-woman community that bills itself as “Southwest Florida’s premier lesbian destination.” It’s gated, which provides privacy and a sense of security.

I spoke with Kathy H., who has lived there since 2003, and she has loved it. “We are small enough to be acquainted with everyone and help is always available if someone is in need,” she said.

KH: You write about something called “hangar homes.” What are they?

JC: They’re airport communities where you land your plane on an airstrip and park it in a hangar next to your home. Examples of these communities are Mountain Air in Burnside, N.C., and Fox Harb’r in Wallace, Nova Scotia.

You don’t need to be a pilot to live in a hangar home. Ann P. isn’t one, but she has friends who are and she purchased a second home in Mountain Air. Her primary home is in Charleston and she enjoys the tranquility and lower humidity of the mountains during the steamy Charleston summer months.

KH: Next Avenue has written about women who love living out of an RV in retirement.Why might that be a good idea for some single women?

JC: I spoke with Laurel K., who has been doing just that since she retired at 66. She had the itch to travel and to help others.

First, Laurel journeyed from Ohio to California in her RV, took in the sights, stayed in private RV parks, taught water aerobics and joined in the activities. Then, she became a volunteer in state and local parks, working in the visitor centers, on the trails and as an interpretive ranger. She told me, “I enjoy meeting people, not only from the United States, but also from around the world, and learning about new places.”

KH: Can you suggest some websites where women can learn more about “living with a twist” destinations?

For more information about retirement living as a volunteer, go to Barbara Traynor’s site,Second Career Volunteer and the “Get Involved” area of the website for the National Park Service.

For hangar-home communities, there’s the Living With Your Plane site.

And there are two good websites about RV living in retirement: RVing Women and Loners on Wheels.

KH: Are there any drawbacks to “living with a twist”?

JC: Having a passion for a particular lifestyle or a niche community is a good reason for making decisions about how or where to live, but it’s also important to think about the other aspects.

So ask yourself questions like these: Will there be good medical care and will your insurance be accepted? Will you be happy with the climate, the cost of living, transportation and proximity to friends and family? Will you find lifelong learning opportunities and cultural and recreational opportunities?

KH: Should single women rent or buy homes in retirement if they like the idea of living with a twist?

JC: I suggest trying out a community or lifestyle before jumping in. That’s why renting can be an excellent idea. Some communities permit only long-term rentals, while others may allow short-term rentals. So you’d have to check that out.

posted by Kerry Hannon, October 17, 2012 More by this author

Why You Need To Plan For a Longer Career

What’s Keeping You From Getting Hired?

Tune in to The Global Impact Conference- December 1