You are here: Home / Financial Worries for Women in Retirement

Financial Worries for Women in Retirement

Many women find it an uphill battle to save for retirement. Across all age groups, women have considerably less income in retirement than men, according to a report from the National Institute on Retirement Security. For women age 65 and older, their income is typically 25 percent lower than that of men. As men and women age, the gap widens to 44 percent by age 80.

As a result, women were 80 percent more likely than men to be impoverished at age 65 and older, while women age 75 to 79 were three times more likely to fall below the poverty level than men the same age.

Read on The New York Times

To understand why, consider this: Working women, on average, earn less than their male counterparts, so they have less money to save for retirement. Their median wage is 80 percent of men’s, according to the Economic Policy Institute, a nonprofit, nonpartisan group.

Many women take time off to raise children or care for an aging relative, which gives them fewer years to contribute to a retirement plan. Moreover, because employers will often match — up to a set amount — the money an employee sets aside in a workplace retirement account, like a 401(k) or 403(b), those matching dollars are sacrificed. 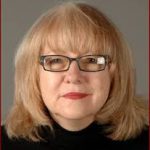 Cindy Hounsell, the founder and president of the Women’s Institute for a Secure Retirement. Women often put their own retirement needs last, she says. Photo courtesy of WISER

“Financial problems in retirement and senior debt arise with insufficient income as a result of lower lifetime earnings and less in savings, costs of family caregiving and divorce,” said Cindy Hounsell, the founder and president of the Women’s Institute for a Secure Retirement, known as Wiser, a nonprofit organization dedicated to women’s financial education and advocacy.

Moreover, “women often put their own needs last,” Ms. Hounsell said. They often choose to save for a child’s education over their own retirement, for example, or work in a family business for no pay.

Women increasingly report being the C.F.O. of the household, yet running out of money in retirement and managing the rising costs of health insurance remain the top worries for women, according to a new study, “Women, Money and Power,” from the Allianz Life Insurance Company of North America.

And they are right to worry. The projected cost of health care is particularly striking. When it comes to saving for health care costs in retirement, women need to set aside much more (almost 20 percent more than men, on average) to cover their medical bills in the final years of their lives, according to a report, “The High Cost of Living Longer: Women & Retirement Health Care,” from HealthView Services, a company in Danvers, Mass., that provides retirement health care data and tools to financial advisers.

The reason for the gap is simple: longevity. The report found that a healthy 65-year-old woman who retired in 2016 and will live to age 89 will have expected health care outlays of more than $300,000 on Medicare premiums and out-of-pocket costs for hearing, dental and vision care. For men, the projected cost is about $260,000. (These projections do not take into account the cost of medical care for those with annual incomes exceeding $85,000 for singles or $170,000 for couples, who can expect to pay surcharges on premiums for Medicare Parts B and D. The figure also does not include projections for any nursing or long-term care costs.)

For Cindy Jordan, 66, a resident of Brooklyn Park, Minn., the future cost of health care is unnerving. She is still on the job, at least for now. Last year, Ms. Jordan retired from her position as an executive administrative assistant at G & K Services, a uniform-rental company based in Minnetonka, Minn. But when her replacement quit, her boss called to see if she would be willing to come back full time, at least temporarily.

She agreed, but not for the money. She and her husband, who is already retired, are comfortable with their combination of employer-provided pensions, 401(k) plans and Social Security checks.

Even so, she is troubled. “I’m concerned about the health piece of it in case something would happen to myself or my husband, who is 14 years older than me,” she said. “I worry that all I have built up will get eaten up by health costs.” She added, “It takes a second for something to happen.”

Driven by health care inflation, which is expected to rise an average of 6 percent a year, costs in the last years of life will be the most expensive, according to the HealthView Services report. These expenses could come at a time when savings have been whittled away by end-of-life care bills for a spouse.

Women are 14 percent more likely than men to participate in their workplace savings plan and, once enrolled, save at higher rates than men at all income levels, according to a report by the Vanguard Group, a mutual fund company. Despite a frequently held view that women are more risk-averse than men, the findings showed that equity allocations for women and men were similar in their plan accounts.

Yet a Wells Fargo survey of over 1,000 millennials ages 22 to 35 found that the majority of women (61 percent) said their finances were “stretched too thin to save for retirement.” In fact, about 54 percent of women said they were living from paycheck to paycheck. Those saving for retirement are only putting aside an average of 5.7 percent of their salary, as compared with 7.3 percent for their male counterparts.

For older women, the good news in terms of financial well-being is that a large fraction of women are working in full-time jobs past their 60s and even into their 70s, according to a study, “Women Working Longer: Facts and Some Explanations,” by Claudia Goldin and Lawrence F. Katz, Harvard University economists. In fact, the United States Bureau of Labor Statistics projects that by the end of this decade, about 20 percent of women over 65 will be in the labor force.

Working longer makes it possible to add to retirement accounts and to avoid tapping into them for living expenses. It also frequently comes with employer-based health insurance. It can also deliver a substantial financial benefit in Social Security.

The extra years of earnings at these ages replace earlier years of low or zero earnings in the retirement benefit computation formula, according to research by Nicole Maestas, a Harvard economist who is an expert in the study of aging.