And Now, a Cheery View of Women and Retirement 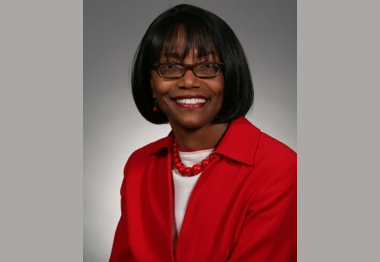 It’s a rare day when you run across someone who says the retirement future for women isn’t bleak.

Everhart, a featured speaker at the recent WISER (Women’s Institute for a Secure Retirement) symposium on women and retirement in Washington, D.C., doesn’t share the conventional view held by many financial advisers (and me) that, compared to men, women face serious struggles to ensure a comfortable retirement.

Why Everhart Is So Cheery

Everhart makes an optimistic case for the retirement prospects of women — especially those with 401(k) employer-sponsored savings plans.

(MORE: Mothers, Teach Your Daughters to Save for Retirement)

Yes, Everhart recognizes that women typically earn two-thirds of what men do, are less likely to be in high-paying executive positions and have smaller retirement balances than their male counterparts — $62,000 vs. $84,000, on average, she says.

But based on Fidelity’s research, she says, women have plenty going for them because they’re generally better investors than men.

“Overall, women achieve roughly the same investment returns as men, but take on less risk,” she explains. “Women tend to have a more balanced portfolio than men, which is beneficial, especially during times of extreme market volatility.”

According to Everhart, men are more likely to have what she calls “extreme portfolios,” holding as much as 100 percent of their assets in stocks and higher 401(k) allocations in their company stock than women. (Keeping a large chunk of your retirement money in company stock is risky because the lack of diversification means your financial future could be in jeopardy if that holding takes a tumble.)

Everhart’s 401(k) data shows that roughly 28 percent of women invest in a blend of stocks and bonds in their plans, compared to only 23 percent of men.

Moreover, Everhart says, women also tend to stay the course; unlike men, they’re less likely to trade frequently with their 401(k) plans. By her definition, this makes women better savers and smarter investors.

Women Save More Than Men (With an Asterisk)

Simply put, when you adjust for compensation, women save more than men, she reports — 12.8 percent of their paycheck compared to 12 percent for men. They also have bigger account balances, when you control for compensation differences.

Women are ‘Getting the Message’

So I had to ask Everhart why she was so cheery, considering the financial media says it’s much harder for women to have a comfortable retirement because they tend to live longer than men, earn less and are out of the workforce for a longer period of time.

“When it comes to retirement savings, women are clearly getting the message,” she insists. “Our data indicates that saving is a priority for women and that, contrary to popular belief, many are good investors. Women tend not to make hasty decisions in reaction to volatile markets.”

As Investors, Women Are Misunderstood

Everhart believes women may be misunderstood as investors. They “take a different approach,” she says.

Being more risk averse doesn’t mean they’re nervous or lacking in confidence, she says. And as we all know from Aesop’s Fables, slow and steady wins the race.

I asked Everhart to give me her best retirement-saving advice for women in their 50s and beyond. Her unsurprising response: “Ensure you have a plan.” She wasn’t talking about a 401(k) plan, but an overall financial plan, including an estimate of your annual retirement expenses.

Here’s what did surprise me: Everhart says women shouldn’t focus exclusively on their 401(k) or pension balance.

Yes, those workplace plans are crucial, she concedes, but don’t ignore putting money in Individual Retirement Accounts and personal savings outside of work. And remember to factor in the money you’re expected to get from Social Security.

“Knowing what you’ll need and the sources it will come from will really help you figure out if you’ll have enough money,” Everhart says. “If you won’t, you can take steps to adjust accordingly.”

Which reminds me: This is the time of year to make what the Internal Revenue Service calls “catch-up contributions” for retirement (extra money you’re allowed to invest due to your age).

Educate Yourself About Investing in 2013

Everhart also recommends women learn about investing topics they may have shied away from. I offered some suggestions in my Next Avenue blog, “5 Ways Women Can Be More Confident Investors.”

If you’re uncertain about the bond market, check out the National Endowment for Financial Education’s site, Smartaboutmoney.org, which has free guides on the subject. The WISER site is another good resource to become more knowledgeable about investing.

And you may want to hire a fee-only adviser to be your investment sherpa. Not only is it perfectly OK to ask for support, it’s a pretty good idea for most people.

As for Everhart’s advice to draw up a financial plan, well I believe that most women have the planning gene. As my Irish grandmother would say, it’s “ingindered in us.”

Now if only we could only fix that compensation gap.

posted by Kerry Hannon,  More by this author

Check out my special talk with Laurence Kotlikoff on Economics Matters