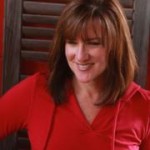 Nine years ago, the then newly divorced mother of three young kids reentered the workforce and began honing a career in sales through a series of positions — the most recent of which involved peddling L’Oréal hair products to beauty salons. While Bylenga liked the paycheck, the travel and long hours required took their toll.

When she was laid off from L’Oréal in 2009 after her division was sold, she decided to take an interim job at a local cycling store.

Within no time, she says, “women began to come in just to talk to me, and to ask questions like what trails were good with kids and what bra I wore when I rode.”

The experience gave her the idea to create a bike-shopping experience for women that, as she says, wasn’t all about how fast you rode or what scars you’d acquired. She imagined a boutique featuring feminine décor, stylish cycling apparel, and positive messages.

In December 2010, after a year of researching the market, Bylenga opened that store, called Pedal Chic, in downtown Greenville, S.C.

To drive traffic to the shop, she has hosted weekly group rides — which are BYOBB, “bring your own beverage and bike” — and offered maintenance classes called Women With Wrenches.

She’s also now paying herself $1,000 a month. While she could take more, she’d rather pump cash into growing Pedal Chic’s e-commerce business.

Her next big goal is to expand, either by franchising or opening boutiques within larger retailers.

For now, though, she’s happy with her return on investment. “Every time I help a customer find women to connect with through cycling,” she says, “it’s a payday.”

HOW SHE DID IT

Profit she made on her trial run: 200%
Before deciding to open a store, Bylenga wanted to make sure she could make a go of it. So she invested $500 in a small inventory of women’s bike apparel to sell at a local bike race. After parlaying that into $1,500 in sales, she was convinced.

Amount she needed to start Pedal Chic: $50,000
The majority came from a five-year, 3.5% startup loan from Michelin Development. She also personally invested about $10,000. Together, the money allowed her to sign a lease, buy inventory, and hire five employees.

When Bylenga expects to match her previous pay of $60,000: 2014
In tandem with the child support she receives from her ex, her salary — albeit small — allows her to scrape by while reinvesting in the business. Because she’s been in belt-tightening mode, she hasn’t yet added to her savings but notes, “Pedal Chic is my retirement fund.” 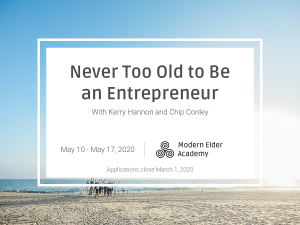